Focus On... Exploring the factors affecting the probability for local rabies elimination - Emergence - Your Guide to Transboundary & Emerging Diseases 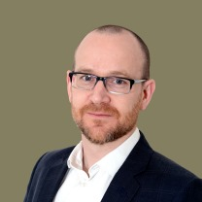 Rabies is a terrible disease that continues to kill adults and children in many parts of the world. However, the tools and knowledge to stop this disease already exist with the vaccination of dogs with high quality vaccines being the cornerstone to successful rabies elimination. Achieving this means that resources must be used effectively within well-designed control programmes. A recent paper by Johann L. Kotzé, John Duncan Grewar, and Aaron Anderson explores the factors that affect the probability for local rabies elimination and their practical application in the design of dog-mediated rabies control programs.

Read the paper: Modelling the factors affecting the probability for local rabies elimination by strategic control.

We recently caught up with the lead author, Johann Kotze, and asked him about the research and his thoughts on the findings.

Emergence: Hi Johann, it’s great to have this opportunity to talk with you about rabies elimination and your recent paper. It is known that dog vaccination is vital in stopping rabies, so where does your research fit in towards the elimination of this disease?

Johann Kotze: As a campaign manager myself, I was often faced with the dilemma of not having enough resources to vaccinate everywhere the need arose. Not only could I not respond to all the reported outbreaks by vaccinating around them, I didn’t have enough resources to cover my whole area once a year. This was a great predicament. I knew that there were lives at stake that depended on me making the best strategic decisions possible. That’s when I decided that I had to figure out the optimal strategy with my available resources, such as people, vehicles and vaccine, to combat the disease.

Emergence: As limited resources will be an issue for many people working on rabies elimination, can you explain how you progressed your ideas considering the Southern African environment you were working in?

Emergence: And what did you find when you looked at the common factors for those villages?

Johann Kotze: I found that they’re generally smaller and very importantly they have more fences, regardless of whether they were 100% dog proof. I also noticed that the more fences there are, the less likely a rabid dog was to contact another dog. Even if the fence just acted as a visual barrier. This confirmed for me that villages with more fences would sustain lower levels of rabies (or the disease would just die out by itself).

Emergence: Were there any other key factors?

Johann Kotze: A third factor that was important for places where the disease died out naturally was that they were relatively isolated. This is related to the size of the village since a string of villages together is essentially one big village from an epidemiological point of view.

Emergence: Having made these observations in the field, what did you do next?

Johann Kotze: I had to figure out a way to prove what I had noticed. This turned out to be very difficult. I can say it took me 10 years and I tried many ways. Unfortunately, the data we had on the villages, the vaccinations and the rabies cases turned out to be too weak. There were too many gaps in the data and many uncertainties. Eventually I decided to see if a model would produce the same results. Sure enough it did. And the effect was much stronger than I expected. We also learnt many other things from the modelling approach, so I’m happy we went that route.

Emergence: What ‘other things’ did you learn from your modelling approach?

Emergence: Why is it important to know that dog vaccination is far more important than sterilization, and that the level of herd immunity required varies according to the objective of the vaccination campaign?

Johann Kotze: These two points are important because they have great practical significance for campaign managers in their decision making.

Emergence: Thank you Johann. Finally, can you tell us what your take-home message is for anyone reading this who works on rabies control?

Johann Kotze: I know that there are people out there sitting in the same position that I was in. They don’t have enough resources to vaccinate everywhere. I’m hoping that my research will reach some of those people and assist them to make the best decisions possible about where they focus their resources. In my area I managed to eliminate the disease using such a strategy and I think my success can be duplicated elsewhere.