Focus On… Rabies elimination – lessons from experts on the ground
SHARE 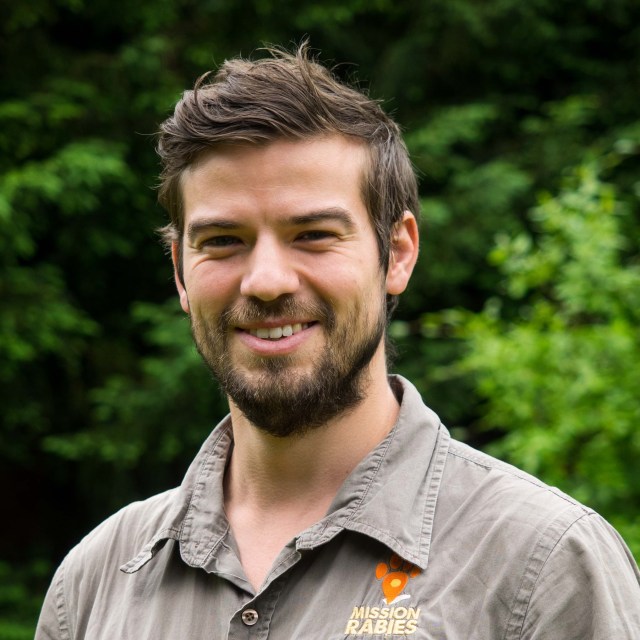 Canine transmitted rabies has plagued the Earth since antiquity. The target date for the global elimination of this disease has been set by the international community at 2030. Various organizations continue the offensive on rabies and Andy Gibson from Mission Rabies is reviewing  lessons from vaccination projects thus far.

Stepping up for the global goal

The target date for the global elimination of canine transmitted rabies has been set by the international community at 2030; that’s just 12 years to eliminate a virus that has plagued the Earth since antiquity. Today, the domestic dog enables the rabies virus to circulate throughout communities in some of the world’s poorest countries, killing an estimated 60,000 people every year.

The international non-governmental organisation (NGO), Mission Rabies, was established to find ways to implement the recommendations of the World Health Organisation (WHO) and published literature in rabies endemic regions at scale, whilst engaging with local governments to reveal the approach and resulting benefits. The challenges encountered have provided the opportunity to innovate.

The mass canine vaccination campaigns in Goa and Malawi have led to dramatic declines in human deaths from rabies in both locations. Mission Rabies continue to refine methods such as the smartphone app that aids fieldwork.

One innovation to have an immediate impact is a smartphone app to aid team direction in the field and campaign evaluation. The tool is now being used to coordinate the national rabies campaign in Haiti through the Animal Husbandry Department (MARNDR) and Centers for Disease Control and Prevention (CDC); over 300,000 dogs were vaccinated over the last year. Mission Rabies campaigns in Goa and Malawi now vaccinate close to 200,000 dogs annually and have led to dramatic declines in human deaths from rabies in both locations. Methods continue to be refined with a view to facilitating implementation through government infrastructures at the national scale.

Differences on the ground: African context

Rabies elimination is simple on paper; vaccinate 70% of roaming dogs. However, the reality is more complex. The size of the dog population is vast, requiring mobilization and coordination of large-scale projects to vaccinate millions of dogs over short time periods. In many settings in Africa, the majority of dogs are owned and, therefore, mobilising the community to bring dogs for vaccination can be a very effective and efficient way of achieving high vaccination coverage in the population. During the Blantyre city campaign in Blantyre, Malawi, over 1,700 dogs were vaccinated at a static-point clinic through the public bringing dogs from the community, with 97% of dogs being owned.1 The remaining barriers to widespread rabies elimination in Africa lie largely in the limited capacity, infrastructure, and resources at the national level in many countries. Working alongside local authorities, such as the Department of Animal Health and Livestock Development in Malawi, is essential to build a more detailed picture of the dog population, the current rabies situation, and what it would take to implement a comprehensive national campaign.

The reality of rabies elimination is complex. It requires large-scale projects to vaccinate millions of dogs over short time periods. To achieve high vaccination coverage in a dog population, methods must be tailored to the specific setting.

Tailoring the approach in India

The situation in India is somewhat different, with the rapid growth in human population, urbanization, and development bringing with it expansion in a loosely owned roaming dog population. Like in Malawi, many owners are able to present their dogs for vaccination. However, there remains a large population of dogs that no one can get close to, let alone hold for an injection. For example, 53% and 74% of dogs vaccinated in Goa and Ranchi, respectively, are unowned.

For these dogs, Mission Rabies has been deploying vaccination teams using butterfly nets to catch dogs that cannot be held, enabling the vaccination of 70% of the dog population in many areas.2 Intensification of surveillance efforts in Goa to establish local rabies testing capacity in the Department for Animal Husbandry are enabling the impact of these novel approaches to be measured. New tools such as nanopore (DNA/RNA) sequencing provide additional insight into virus transmission and will support the direction of ongoing vaccination activities to greatest effect. Continued support and guidance from the government of Goa have laid the foundations of a lasting rabies elimination effort, acting as an example for other Indian states to follow.

The relatively low rates of transmission of rabies within a given population make it an ideal candidate for elimination. The political gains from ending fear and suffering caused by rabid dogs is clear and the long-term economic benefits are substantial.

Systematic mass vaccination of dogs across large areas is achievable and, like never before, smartphone technology makes it possible to monitor campaign outputs and rapidly adapt approaches.

The successful elimination of rabies from Western Europe and Latin America through mass vaccination of the reservoir host have shown that it is possible with sustained coordinated mass vaccination campaigns. The experience of Mission Rabies campaigns implemented in Malawi, India, Tanzania, Uganda, Sri Lanka, and Thailand demonstrate that the systematic mass vaccination of dogs across large areas is achievable. Smartphone technology is making it possible to monitor campaign outputs like never before, and rapidly adapt approaches to address gaps in existing techniques to interrupt virus transmission. This transparent oversight of massive campaigns is attracting the attention of ministers and communities alike to place trust in mass dog vaccination. These efforts must be sustained and built upon to ensure that this is the generation to put an end to canine transmitted rabies.