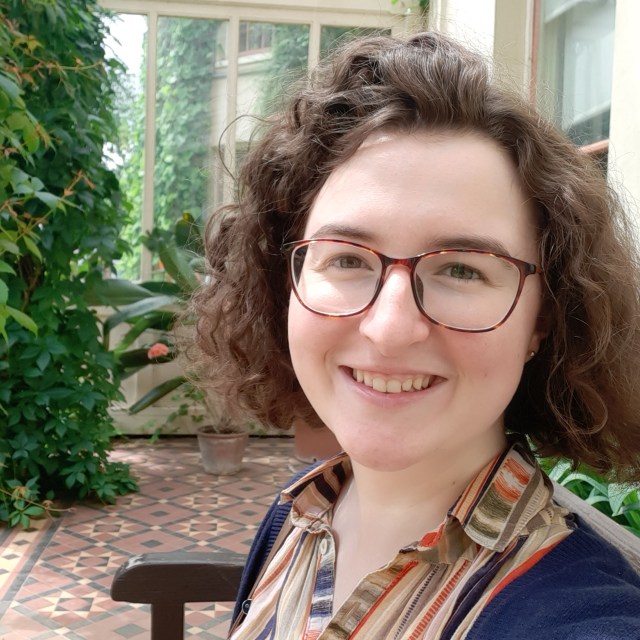 I’m a final year DPhil student studying at The Pirbright Institute and the University of Oxford. My studies are partly sponsored by MSD Animal Health. This has included a 3-month placement with the International Veterinary Health (IVH) team, where I’ve been enjoying getting a new perspective on the cooperation between research and industry, and learning more about logistics, global partnerships and communicating with varying audiences. At the start of my placement I attended EPIZONE, an annual conference focusing on epizootic animal diseases, where I shared my work, and connected with Kasia Bankowska (Associate Director, Quality Assurance, Biomaterials Team) and Erwin van den Born (Principal Scientist, Global R&D) from MSD Animal Health.

In May, the 14th Annual Meeting of the EPIZONE network took place in Barcelona at the World Trade Centre after two years of hiatus, bringing together some of the most exciting and novel research into epizootic animal disease.

Increasingly, emerging and transboundary diseases such as African swine fever and lumpy skin disease present challenges to farmers and economies across the world. Conferences such as EPIZONE enable scientists and professionals from a range of fields with a common interest in animal health to meet, network, and share their work with the wider community.

I was fortunate enough to present my work on the impact of the stable fly Stomoxys calcitrans on lumpy skin disease (LSD) pathogenesis in the Vector Borne Diseases session. My work, which presented an in vivo study of three novel LSD virus (LSDV) inoculation methodologies unpicking LSDV transmission (read more in this article Unraveling the Transmission of Lumpy Skin Disease Virus), was the culmination of a PhD project partly funded by MSD Animal Health . Though nerve wracking to present in front of my scientific colleagues after years of presenting virtually, it was well received, with plenty of questions being asked after the presentation, and in the coffee break!

There were many fascinating talks, spanning a range of hosts and diseases. A standout talk for me was a keynote talk by Dr Sofie Dhollander from the European Food Safety Authority on the prevention and control of African swine fever (ASF) in wild boar populations. As this disease is rapidly spreading across Europe, it was very interesting to see how modelling wild boar management strategies and their impact on different locations could aid in the control of this virus. Overall, there was a positive perception of control approaches being developed around the globe and a sense of cautious optimism towards reducing the spread, which came through in a lot of discussions.

“Due to the current global outbreak of African swine fever, the disease continues to get a lot attention. The overall feeling is that we are close to an efficacious and safe live-attenuated ASF vaccine that is ready for the market, but I feel that we still need to understand how safe these gene-deleted vaccine strain really are, as most of them are based on highly virulent field isolates.” said Erwin van den Born, Principal Scientist R&D Swine Biologicals MSD Animal Health.

Lesser-known emerging diseases were also given a spotlight. As a keen foodie, it was fascinating to hear about hepatitis E in pigs and its relationship with Corsican sausages! Kasia also enjoyed the emerging and re-emerging diseases session, “especially the talks on pathogenicity of yet another Pestivirus and the detection of Borna Disease Virus in a subfamily of shrews in Germany.” Pestiviruses were a hot topic this conference, with many talks and posters focusing on them. Erwin added: “I did like the talk from CReSA on the recently discovered Ovine pestivirus (OVPV). It can actually infect pigs, and can even be used to immunize pigs and protect them against a Classic swine fever virus challenge.”

After years of virtual meetings and symposia, it was wonderful to meet scientists in person from across Europe in a sunny and convivial setting. The theme of the meeting was “New horizons, new challenges”, and that was definitely achieved – I feel even more motivated to share my work and continue communicating the importance of addressing animal health and disease as we look to make the world a healthier place.