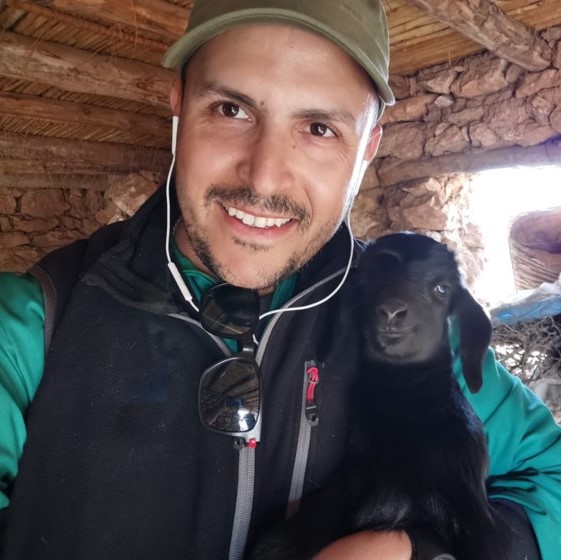 Back in 2008, Morocco saw its first outbreak of PPR affecting herds of great importance to the Maghreb region. In addition to sanitary measures, vaccination has been indispensable for the success of the efforts to stop the spread of disease in the Moroccan territory.

The Maghreb, a small ruminants region

The herd management remains mostly traditional, and the movement of animals between the 3 North African countries is not well sanitary controlled, especially between Tunisia and Algeria, which facilitates the exchange of small ruminant diseases through the border. This exchange is more important during feast of AID ALADHA (Muslim feast) due to the great demand known in this period. All these conditions represent very favorable factors for the spread of many infectious diseases, especially Peste des Petits Ruminants (PPR).

PPR in Morocco … from the beginning!

PPR is a viral disease, caused by a morbillivirus closely related to rinderpest virus, which affects goats, sheep, and some wild relatives of domesticated small ruminants, as well as camels. It was first reported in Ivory Coast in 1942 (OIE).

Historically confined to West African countries, PPR was identified from West to East in the early 1980s, with a range covering mainly the West and Center of Sahelian Africa countries, in addition to the Sudan. This disease subsequently spread to the Arabian Peninsula and the Asian continent.

In Morocco, PPR appeared for the first time in July 2008. It has been the subject of increased mobilization of national veterinary services and the deployment of specific human and material resources to ensure its control and avoid a wider distribution to other regions of the country.

Thus, a control strategy was quickly implemented along the period 2008–2010. This consisted primarily of three mass vaccination campaigns for small ruminants livestock, the application of veterinary containment measures to circumscribe the outbreaks, and reinforced epidemiological surveillance throughout the national territory. Since then, no cases were reported for seven years, probably due to three successive vaccination campaigns during 2008-2011 and close surveillance at the border areas.

In addition, to prevent new incursion of the PPR virus from neighboring countries, the ONSSA veterinary services (Moroccan Agency of Sanitary Security) carried out in 2011 a targeted vaccination campaign against PPR in the Eastern border areas.

Since then, the strategy adopted has consisted of strengthening the epidemiological surveillance of the disease throughout the national territory and the management of any outbreaks declared by the application of regulatory health measures and ring vaccination.

In June 2015, the disease re-emerged in Morocco, raising questions about the origin of the virus. The PPR virus was confirmed by qRT-PCR and it was isolated from clinical samples on VeroNectin-4 cells. The disease was experimentally reproduced in Alpine goats using both sheep and goat derived outbreak isolates (Fakri, 2016).

Molecular characterization of the 2015 Moroccan PPR isolate confirmed the identity of the virus as lineage IV, closely related to the 2012 Algerian (KP793696) and 2012 Tunisian (KM068121) isolates and significantly distinct from the previous PPRV Morocco 2008 strain (HQ131927). Therefore, this study confirms a new incursion of PPR virus in Morocco during 2015 and highlights the urgency of implementation of a common control strategy against PPR in all Maghreb countries (Fakri, 2016).

PPR in Morocco … from 2020 and the National Strategic Plan

The last re-emergence of the disease occurred in 2020 with outbreaks rapidly contained by the application of veterinary policy measures including ring vaccination (around the outbreaks) in accordance with the regulations in force. In addition, epidemiological surveillance has been stepped up throughout the country.

The management of the disease was limited to regions at risk, mainly border areas, until February 2020 when ONSSA launched a mass vaccination campaign against PPR, targeting 20 Million sheep and 5 Million goats. The situation has calmed down, despite the appearance of sporadic cases especially in the eastern region.

In order to confirm the national commitment in favor of the Global Strategy for the Control and Eradication of PPR (PPR-GCES), and with the perspectives to involve donors in supporting the strategy implementation, a national strategic plan has been drawn up. in line with the orientations of PPR-GCES, the Pan-African Strategy on PPR, as well as the regional roadmap developed during a series of regional consultation meetings (Tunisia, October 2016, 2019 and 2021) to which the national stakeholders and main players took part, namely ONSSA, IAV (Institut Agronomique et Vétérinaire Hassan II) and professionals organisations FIVIAR (Fédération interprofessionnelle des viandes rouges), ANOC (Association Nationale des éleveurs ovins et caprins), ONV (Ordre National des Vétérinaires).

The national strategic plan for the control of PPR describes the key elements for control and eradication of the disease. This plan defines the objectives and activities to be undertaken during the next 5 years and the budget allocated for it.

In accordance with the PPR GCES and the Pan-African Strategy on PPR, this plan constitutes an advocacy document that was developed based on the results of the first self-assessment using the PMAT (tool for monitoring and evaluating the PPR strategy) and has been consolidated by a gap analysis.

ONSSA plans to launch a generalized vaccination campaign in the early 2022, as a preventive measure following the global program for the eradication of PPR mentioned above.

Susceptibility of Moroccan sheep and goat breeds to PPR virus

A study was conducted in 2017 to highlight the susceptibility of four Moroccan local breeds of small ruminants to PPR virus by experimental infections. The objective was to make recommendations for improved epidemiological surveillance in Morocco by evaluating the susceptibility of the dominant Moroccan small ruminant breeds. Three parameters were studied: hyperthermia, clinical scoring and virus excretion. The outcome was compared to Alpine goats, which are considered one of the most sensitive breeds. (Fakri, 2017)

This study revealed that significant clinical signs mainly occurred in goats of local Moroccan origin and Timahdit (local sheep breed) showing that surveillance based on development of clinical disease should focus on these breeds. However, the Timahdit breed represents only 1/3 of the sheep population in the Atlas Mountains, which challenges effective clinical surveillance. Surveillance based on serological screening is therefore recommended, especially in the coastline and Eastern plateau of Morocco, where breeds that are more resistant are the most prevalent. A control program on PPR based on vaccination should include sheep to avoid a reservoir for continuous spread of PPRV in Morocco (Fakri, 2017).

Diagnosis in the field

In Morocco, the diagnosis of the pathology after its re-emergence in 2015 was not an easy task. Young lambs of less than 6 months were the most affected. The disease was expressed as diarrhea, not responding to usual treatments (antibiotic treatment), weakening, hyperthermia, bronchopneumonia, anorexia and death, with an estimated mortality rate of 30%.

PPR has often been confused with several pathologies, mainly:

Very few animals have shown oral ulcers or other typical labial lesions that may point to PPR.

In addition to all the sanitary measures for the control of PPR disease in the Moroccan territory, vaccination is an indispensable means for the success of these measures. The efforts made in regional or general vaccination campaign has a direct impact on decreasing the viral pressure and stopping the spread of the disease.

The PPR has serious economic and sanitary impacts therefore it is imperative to intervene in the field with a strategic plan of control and eradication.

The global eradication plan is on the right track. The example of Morocco is very promising, and this is due to the efforts of all stakeholders in the sector of small ruminants health (including ONSSA, veterinarians, professional associations, and breeders).

The ONSSA mobilizes enormous resources to succeed in all vaccination campaigns, especially that against PPR. The objective of eradication by 2030 is very achievable and will push the development of the small ruminant sector in this country.